In late October, Michael Sabiiti, Country Director for Humanity Healing International, received word from an elderly gentleman that he had discovered two albino children hiding in his banana tree grove.  Michael made arrangements for the gentleman to shelter the children until he could arrive and pick them up.

Due to mechanical problems with the vehicle, it took a full day to travel to the small village in the Bwindi Impenetrable Forest where he could get detailed directions to the home of the man sheltering the two albino children.  Due to road challenges as a result of heavy rains, it took even longer to arrive to where the children were.

Unfortunately, human traffickers got there first.

When the man had left to go to the closest market to buy food, a man and a woman who announced that they were from Humanity Healing arrived to take the children.  The girl was convinced they were genuine, but the boy was suspicious and fled into the forest.  When Michael heard what happened from the boy, he connected with the closest radio station and was able to put out an announcement of what happened and descriptions of the girl and the two traffickers.  According to the girl’s story, she heard them speaking to someone on the telephone about it and they asked her to get out of the car, promising they would come back for her, and fled.  The girl was found hiding in a granary near the Ishaha River near the Uganda-Congo Boarder.

On the way home, Michael received word of two additional albino children, a boy and a girl, that were abandoned and another boy, Gilbert, who had fled his home after his father had entered into negotiations to sell him to a rich man that had approached him for that transaction.

The Rescue Team arrived home, jubilant with the rescue of two children they had gone after plus an additional three children, but sobered by the fact that human traffickers targeting albino children had used the name of Humanity Healing as a trick to fool good people and to ensnare the children.

The cost of a rescue operation can easily run into hundreds of dollars, but a monthly sponsorship of a child in the program is only 30 USD per month.  This covers placement into a safe school plus room and board.  The Albino Rescue project has grown and we need additional sponsors to not only cover the children currently in the program, but there are more we could help with additional funds.  There are many children with albinism that live in fear and have not been given the second chance that these children have received. But you can help change this paradigm. You can Sponsor a child in the Albino Rescue Project for only $30 per month.

100% of your donations goes to the project.

Please help and Bless you for your Compassion! 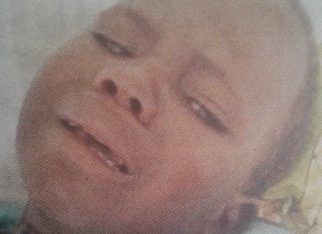 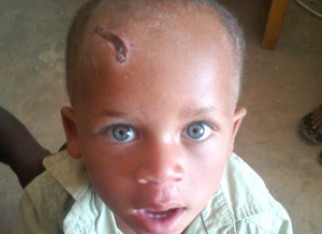