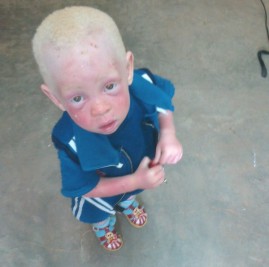 Humanity Healing International, HHI, was cyber-attacked by professional hackers on Friday, December 3, resulting in first, the theft of the Facebook profile of HHI CEO, Christopher Buck, followed rapidly by the hijacking of the 501(c)(3) public charity’s company pages. While the loss of a Facebook page might not sound like a crisis, Humanity Healing’s main page and their second page, OMTimes Magazine, are followed by 2.3 million fans, and they are the principle outreach to raise awareness of the plight of albino children in sub-Saharan Africa and to raise donations to sponsor the charity’s work.

Albino children are hunted by human traffickers, who sell them to “witch doctors” for human sacrifice or their body parts for use in “magic” rituals. When word of a child on the run or hiding in the brush reaches the HHI operation in Uganda, a team is sent into the field to find the child and bring them into the program, where the child is placed in a safe home and school, where they can live free from fear.

During the most recent rescue, the HHI team received word of and went in search of an albino girl and boy who were in hiding in the Bwindi Impenetrable Forest on the border of Uganda and the Democratic Republic of Congo. Unfortunately, the traffickers got there first and convinced the girl to go with them by impersonating the Humanity Healing team. The boy fled to the brush. When HHI Country Director Michael Sabiiti heard this, he went on the local radio with details of the kidnapping and descriptions of the traffickers. The traffickers heard the news, dumped the girl and fled. The HHI team was able to find and bring her into the program and she is now safe.

The day after the Facebook hijacking, HHI received a telephone call from Uganda from a man claiming credit for the cyber crime and stating he did it on behalf of an “organization” in Uganda. Michael Sabiiti has also received threats, telling him to “back off” and “that he has already done enough”.

HHI is in touch with both the FBI Cyber Crime division and with Homeland Security, who works with human trafficking.

HHI has also made numerous attempts through different channels to contact Facebook to reclaim their social media outreaches, but there has been no acknowledgment or action on Facebook’s part. “I do not believe it is a question of indifference to our situation or the human trafficking of albino children,” states Christopher Buck, “I have great respect for Mark Zuckerberg, who has shown remarkable generosity to charitable organizations, but anybody who has ever experienced more than a simple problem on Facebook knows how difficult it is to get the problem in front of the right person.”

Humanity Healing International is asking for help in raising awareness about the human trafficking and ritual murders of children with albinism in Uganda, and across sub-Saharan Africa, through social media by posting/tweeting support with one or all of the hashtags #StopRitualMurder, #RescueAlbinoChildren, #SpeakHope, and #RestoreTheirVoice.

You can join us in re-writing this story by helping sponsor the Albino Rescue Program through a donation.  Only $30 per month provides shelter and schooling to a rescued child. 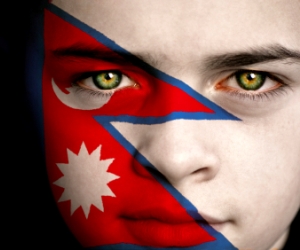